Social Media is growing fast, and it’s being used by ever increasing numbers of people both privately and for business. 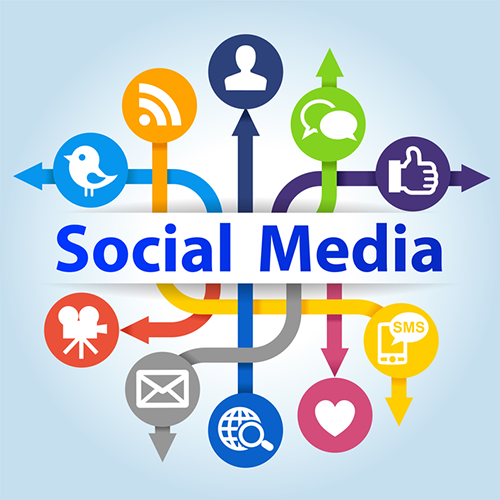 Employers need to offer strong guidance on social media use for their employees, preferably through a written social media policy and ongoing training.

Employers and Small Business should also be familiar with the rules that impact how you can  portray your business, your products and your services on social media.

Mr Stutsel was an employee of Linfox Australia. His employment was terminated after he made some derogatory and sexual comments on Facebook about his supervisors. Mr Stutsel argued that the comments did not amount to ‘serious misconduct’ justifying termination and that, in any event, his termination was harsh, unjust or unreasonable.

Mr Renton posted a serious of comments that were sexual in nature on his Facebook page and tagged some colleagues in the post. Afterwards, he was directed not to contact his colleagues whom he tagged; however, he disregarded this written direction and sent text messages and referred to his manager in a sexually derogatory manner.

The Fair Work Commission found that Mr Renton’s actions provided a valid reason for his dismissal. However, the Commission also found that his termination was harsh, unreasonable, or unjust because it was disproportionate compared to the seriousness of his misconduct. The Commission awarded Mr Renton compensation.

The case highlights the need to have a clear social media policy in place. The policy should outline the effects of inappropriate conduct on social media and what will happen if the policy is breached.

Mr Colwell sent a sexually explicit video using Facebook Messenger to 19 colleagues after a night out drinking. None of his colleagues who received the video complained about it. Mr Colwell’s actions came to the attention of management, who then terminated his employment.

The Fair Work Commission found that there was a valid reason for termination and dismissed Mr Colwell’s application. While the company did not have a stand-alone social media policy, its other policies were found to adequately cover conduct on social media platforms and conduct that occurred outside of the workplace.

Mr Somogyi made an application to the Fair Work Commission, seeking compensation on the basis of unfair dismissal.

The Commission agreed with Mr Somogyi and awarded him compensation. The Commission reasoned that Mr Somogyi had not been given a chance to put his case to his superiors before he was terminated and, in any event, was not given adequate reasons for his termination.

The case serves as a reminder to employers that, even where a comprehensive social media policy is in place, you still must ensure an employee is given an adequate opportunity to respond to any allegations.

Ms Wilkinson-Reed made some derogatory comments on Facebook Messenger to the estranged wife of her boss. The comments subsequently came to light and Ms Wilkinson-Reed’s employment was terminated.

The Fair Work Commission upheld her unfair dismissal case. The Commission held that the gravity of any contravention of workplace policies was not particularly serious. It was noted that the comments were not public and were not made to an employee or customer of the business; the conversation over Facebook was more in the nature of a private email exchange. Ms Wilkinson-Reed was awarded compensation for her unfair dismissal.

The case serves as a reminder that, even with a social media policy in place, the alleged conduct must have some connection with a person’s employment and that any disciplinary action must be proportionate to the employee’s conduct.

Mr Singh’s employment was terminated after he made five Facebook posts that were alleged to have breached his employer’s social media policy and employment manual. One of the posts was ‘We all support ISIS’. After his posts came to light, he explained that his posts were sarcastic. His employment was later terminated.

The Fair Work Commission agreed that Mr Singh’s termination was harsh, unreasonable or unjust. The Commission noted that, while the post about ISIS was poor taste to say the least, the employer failed to investigate the surrounding circumstances (for example, the employer did not review Mr Singh’s newsfeed, which would have made it obvious that he did not in fact support ISIS). His employer also did not consider alternatives to dismissal and only deliberated for a short time before deciding to terminate him.

The case highlights the need for procedural fairness and adequate investigation when consideration disciplinary action, including termination for a breach of a social media policy.

Fair Work Australia decided that Ms Fitzgerald was unfairly dismissed and awarded her compensation. FWA held that, while posts on social media can be grounds for termination, the social media activity must give rise to an adverse effect on the business. In this case, there were no adverse consequences.

Mr Gaynor’s employment with the Australian Army Reserve was terminated after he made comments that were critical of the ADF’s policies on gay, lesbian and transgender individuals, Islam and women in the Army. The comments were made on both Facebook and Twitter. Mr Gaynor also issued media releases, even after he was directed to stop making derogatory comments.

Mr Gaynor’s termination, then, was valid and did not infringe the implied right to freedom of political communication.

The case means that employees cannot use the implied right to freedom of political communication to challenge a decision to terminate their employment. Further, employees should be careful about what they put on social media: comments that adversely affect their employer’s interests may be grounds for termination.

Mr Pedley worked for an architectural and design company. He also undertook, with his employer’s knowledge, some private design work through his own company.

He sent some messages to his LinkedIn contacts, advising them that he intended to begin working full time at his own company. Some of the recipients were people employed by important clients of his employer. He was still employed when he sent the messages.

The messages were brought to the attention of his employer, who terminated his employment, citing the LinkedIn messages as grounds for termination. Mr Pedley took his employer to the Fair Work Commission and argued his dismissal was unfair.

The Commission found against Mr Pedley, holding that he had an obligation to promote his employer’s interests. Soliciting business from his employer’s clients was a clear breach of this obligation.

The case highlights that employees should be mindful of using social media in a way that might be detrimental to their employer’s interests.

Mr Little was employed by Credit Corp. Credit Corp had clear social media policies that prohibited online activity that could harm the employer’s reputation or impact on the employment relationship. It was also made clear that improper Facebook comments could result in termination.

Mr Little posted a comment regarding a fellow employee that was sexually harassing in nature. The comment was discovered, and his employment was terminated.

The Fair Work Commission dismissed Mr Little’s unfair dismissal application. He had been educated on the company’s social media policies and, in any event, the Facebook comment was such that it could be expected to cause offence, hurt and humiliation.

The case serves as a reminder that employees can be terminated for ‘out of work’ social media posts, particularly where the conduct on social media has an adverse effect on employers or colleagues.

As an employer it is essential to put a social media policy in place and ensure that your employment contracts contain provisions that deal with confidentiality / client issues eg, how employees treat customer or supplier information.

RP Emery offer a range of robust employment contract templates that you can use to protect your business.