Welcome to RP Emery's Legal Contract Template Kits › The Man, The Mistress and the Wife

Some people really know how to get themselves into strife.

I had a call from a chap today, we’ll call him Brian.  Brian has been married for 25 years but recently left the marriage.  After he moved out of the family home, Brian inherited approximately $400K.

With this money he purchased a house (as tenants in common) with his mistress of 11 years. Brian contributed the entire purchase price ($374K), but put his mistress (now his de facto) on the title as owning 50%. 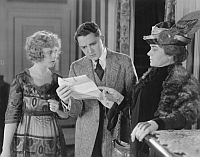 Property Settlement issues can get very murky when a third party is involved.

There are a couple of issues Brian should consider:   the first being that you cannot use a financial agreement to try to defeat the interests of a spouse or a creditor (section 90UM(1)(d) Family Law Act).

If Brian tried to use the document to keep the house out of any property settlement, it is likely the court would order that the agreement be set aside.

The second point to consider:  windfalls such as an inheritance will be considered part of the contribution to the overall asset pool.

Even though Brian had separated from his wife before the inheritance was received, the court would still consider it as a significant contribution by Brian in its overall determination. This might mean Brian receives a larger percentage, but there may well be other factors involved.

In cases similar to this, the court separated the inheritance from the balance of the asset pool and awarded the wife a proportion, as well as the normal share of the overall asset pool.

As a result of amendments to the Family Law Act in March of 2009, Brian has the additional risk that his long standing relationship with his mistress could be seen as a de facto relationship.

Oh my God – what a wicked web we weave when first we practice to deceive.
This means Brian and his wife could actually be vulnerable to a challenge of their overall asset pool from Brian’s mistress!

My advice to Brian, in the words of The Cruel Sea… “better get a lawyer son, better get a real good one!”