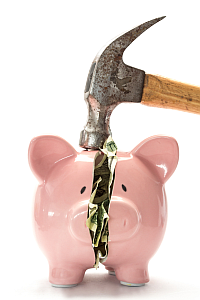 Taking care of Property Settlement quickly after separation ensures that assets accumulated after the break up are considered part of the asset pool.

It’s not uncommon for couples to break up without taking care of the paperwork. But if you’ve accumulated assets together then delaying property settlement can be a costly mistake.

In Australia there are set time limits for the settlement of property depending upon the nature of your relationship.

If you continue to accumulate assets after separation, on the expectation that they are out-of-bounds to your ex, then you are sadly mistaken.

There is no magical cut off line that separates assets accumulated after the date of separation, from those accumulated during the course of the relationship.  The court will look at all assets and liabilities, even those gained post settlement.

However, this does not necessarily mean that such assets will be divided equally, or that your ex will receive a share at all.

Depending on the circumstances, if you haven’t already reached your own binding agreement about how your property will be divided, then any further assets you acquire in your name after separation, could be up for grabs by your ex-partner.

In De Angelis and De Angelis (2003), the court noted that in a very short time, given the ages of the Wife’s mother and aunt, that it was likely the wife would receive an inheritance of about $530,000.  This was roughly the same amount of money that the matrimonial property pool was valued at.  The court considered it would be unjust if it did not take the prospective inheritance into account, and made a 10% adjustment in favour of the husband.

Finalising your property settlement sooner rather than later

There is no set formula used by the Court to divide the asset pool, rather all of the circumstances are assessed, including the ability of the parties to maintain an appropriate standard of living and the future needs of the parties.

So if you are separated or separating – don’t put it off. Take care of the settlement as soon as possible. It doesn’t have to cost a bundle in legal fees and doesn’t require lengthy appointments with lawyers. You can organise a financial agreement and get the necessary legal advice for under $930 by using our Financial Agreement templates and Legal Review Package.