Every month we invite our readers to send us a burning question on family law, business, property leasing or employment matters. Here is one of those questions.

“Firstly you have an excellent product range and one of the few companies whose emails I don’t mind reading. I have a question as follows:- 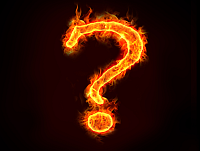 I inherited some money from my father and a friend separately and some years apart.  I subsequently bought a flat (apartment) for roughly to the same value as both inheritance monies combined.

I am now divorced and about to go through the legal process to sort out the assets as both parties cannot agree on a settlement arrangement.

Are those inheritance monies considered part of my asset pool from which my ex-wife has a claim?”

Just to be clear I’m not a lawyer, so please don’t take this as legal advice.

My understanding is that gifts and inheritances are indeed taken into account as part of the asset pool.

Just how the inheritance would be dealt with, should the matter go before the courts, would depend on your unique circumstances.

Usually, if the inheritance is received during the course of a long marriage and applied to the benefit of the marriage, it will be included in the property pool and seen as a contribution by the spouse who received it.

If the inheritance was received towards the end of the relationship or after the parties had separated, then the court may exclude the inheritance from the overall property pool, but award a higher percentage of the marital assets to the other spouse, in light of your retention of the inheritance.

If the relationship was of a short duration, this will also impact on a courts’ decision.

If you can’t come to your own arrangement, and it is left to the court to decide who gets what, they will consider factors such as:-

On the flip side of the coin, if it is highly likely that one of the parties will receive an inheritance in the very near future, this may also be taken into account by the court when determining a property settlement claim when considering the future needs of the parties.

It sounds like you’ve tried to resolve the matter between yourselves but it might be worthwhile considering the above points and also that not every situation will be the same.

And when you weigh up the cost of having a court decide (which could be tens of thousands of dollars), it may be cheaper in the long run to give a little ground and enter into a financial agreement.

I hope this helps and I hope you can avoid the stress and expense of running this through the court system.