Here are some examples of the different types of financial agreements and the reasons for having them.

A pre-nuptial agreement (section 90B)

Leon is the son of a well-to-do farmer. The family farm has not changed 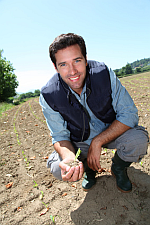 A prenuptial agreement allows you to set out your agreement before you get married.

hands in over 100 years and the management and ownership has just passed to Leon. Leon met Andrea 6 months ago and they have decided to get married. Even though both parties are devoted to one another, Leon is worried that should the marriage fail, Andrea could make a claim for this valuable family asset. The couple have agreed in principle that Leon’s family farm should be kept out of any future dispute and shall remain in his ownership and control.

Leon can protect the farm by determining how his assets should be dealt with by entering into a financial agreement made under section 90B of the Family Law Act 1975 (Cth). This type of agreement is commonly known as a pre nuptial agreement. 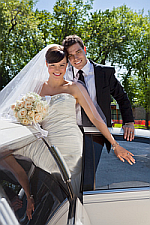 A postnuptial agreement is made after marriage.

Tracy is a bright young business woman who has worked hard to build her own business and buy her own home.

Love, being what it is, has swept
her off her feet and after a short romance upon a cruise ship she has married Clive. Clive is a handsome young truck driver with a sharp wit and a 1972 Land-Rover.

Even though the newlyweds are very much in love, and they intend living happily ever after, Tracy is concerned she may have rushed into the relationship without considering any of the financial ramifications of such a quick decision.

Both Tracy and Clive have agreed that should they not live happily ever after forever, then Clive will not make any claim for the house and business assets which Tracy has worked so hard to acquire. Similarly, Tracey wants nothing to do with the Land-Rover.

This arrangement can become legally binding if Tracy and Clive make a financial agreement under section 90C of the Family Law Act 1975 (Cth). This will effectively isolate the pre marital assets of the couple from their post marital assets, paving the way for a happy future together without any unnecessary suspicion. This type of agreement is sometimes known as a post nuptial agreement.

Ted, age 70, is a retired real estate developer. He owns several parcels of commercial real estate as well as his own home, which is furnished with valuable antiques and artwork.

Cohabitation agreements allow you to outline how your assets will be dealt with in relationships outside of marriage.

Ted’s live in companion, Anthony, is 48 and has worked for the past 15 years as a community social worker. He owns his own home and has a modest superannuation fund with the Department of Health and Aging.

Ted can do some estate planning and make a will or trust that lets Anthony use (but not actually own) Ted’s property during his lifetime with the assets going outright to Ted’s children when Anthony dies.

Even with a good estate plan in place, under recent amendments to the Family Law Act, Anthony could still be entitled to a share of Ted’s estate even if they are not in a sexual relationship.

If Ted and Anthony agree, Anthony can waive his rights in a financial agreement under section 90UC of the Act. Anthony can declare he will not make a claim on Ted’s estate. This guarantees that Ted’s estate plan will work the way he has intended.