It is often the case that a party who is thinking of making a Financial Agreement is reluctant to divulge their financial information to the other party. 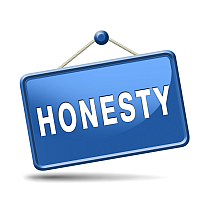 It is a requirement of the law that each party to a financial agreement must make full and honest disclosure of all material matters.

Whether it be a young de facto partner with substantial assets, or a couple who have been separated for many years and have acquired their own substantial assets since separation, whatever the reason, there is often unwillingness to make full and complete financial disclosure.

Why is full disclosure necessary?

What does it mean to make full disclosure of material matters?

All relevant information must be disclosed. This includes:-

What information is considered material? 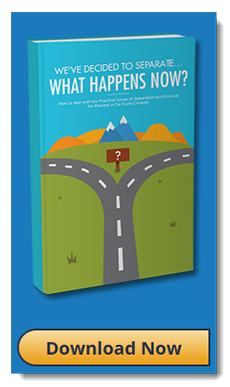 There have been some Court cases which have discussed this issue in the past.

In Barker & Barker (2007), the wife convinced the court to set aside consent property orders. When making consent orders, the parties are also under an obligation to make full disclosure of material matters. In this case, the value of the family farm had been identified as $1.65 million. However, before the consent orders were finalised the husband had received an offer to purchase the farm for $2.3 million, and was aware of similar properties in the area receiving substantially higher prices than his listed valuation price. Shortly after the consent orders were finalised, the husband sold the farm for $2.65 million ($1 million higher than the amount disclosed in the consent orders). Neither the offer for $2.3 million, nor the comparable sales in the area, were disclosed to the wife.

The court considered that the offer of $2.3 million was relevant information which should have been disclosed. So too, the similar properties selling in his area, at a substantially higher price than the value given to the farm in the consent orders. This information, known to the husband before finalising the orders, was relevant, and likely to have impacted the wife’s consent to the final settlement amount.

The Court confirmed that there must be informed consent. “If that consent is based on misleading or inadequate information, then there may be, in our opinion, a miscarriage of justice either by reason of the “suppression of evidence” or by reason of “any other circumstance”.

Further, “The obligation to make a full and frank disclosure is regarded as so crucial to the functioning of this jurisdiction that the deliberate failure by one party to meet that obligation may result in the Court drawing adverse inferences against the non-disclosing party where there is material upon which such inferences can be based.” Morrison v Morrison [1994].

Indeed, it is not every case of failing to make frank and full disclosure, that would justify orders being set aside. In Livesay & Jenkins (1985) the court stated that non-disclosure of relatively minor matters, or matters, which would not have made any substantial difference one way or the other, are not enough to have a Court set aside consent orders or a financial agreement.

The court stated that there will at times, be orders made, by consent or otherwise, based upon an agreed valuation prepared many months earlier. There may be factors in the intervening period which affect the agreed value. Unless there is some particular act which impugns the process by which the orders were obtained, the mere effluxion of time and the consequent changes in the market during that period, whether they be upward or downward, will not of themselves create an injustice, nor require either of the parties to make further investigations of value if they choose not to do so.

If a party to a Financial Agreement is aware of relevant information and does not disclose it to the other party, whether intentionally or non-intentionally, the Court may set the agreement aside at a later date, under section 90K of the Family Law Act:

“A court may make an order setting aside a financial agreement if and only if, the court is satisfied that: the agreement was obtained by fraud (including non-disclosure of a material matter)…”

Yes, the failure to make full and complete disclosure of all material matters constitutes fraud. This includes, for example, where a party fails to disclose the true extent or value of his or her assets. In such a case, he or she would create an inherent weakness in the Agreement, leaving the possibility open for it to be challenged at a later date by the disgruntled ex-partner.

In the context of a Financial Agreement, examples of fraud might be:-

So, I really need to list all my assets in the financial agreement?

Yes, it is most important that you and your partner list all of your assets, both jointly owned and individually owned.

This is no different than other methods of finalising property settlement, such as Consent Orders. It goes to the heart of whether a party truly gave their fully informed consent to the Agreement, and ultimately, if a party hides a material fact, it is grounds to have the Agreement set aside by the Court at a later date as a type of fraud.

What if we have agreed between ourselves that we do not need each other to disclose everything?

You cannot include a clause in your Agreement, releasing each party from their obligation to make full and complete disclosure.

The Family Law Act is very strict in its requirement that both parties be upfront and transparent, and disclose any relevant information relating to the Agreement.