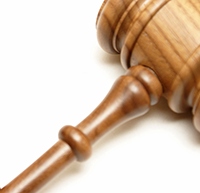 Before her death, the mother (Judith) had already gifted the Universal Medicine founder $800,000 which was put towards establishing a teaching hall that was to be used to impart the teachings that she felt had benefited her so much during her final years.

The residue of her $1.1 million estate was also left to the healing guru under her Will, with the intention to further promote the teachings of Serge Benhayon and Universal Medicine.

Judith had explained her intentions to her children prior to her death, and her children had assured their mother that they would not challenge her wishes.

Each of her children received $250,000 under the terms of the Will, while the estate was in excess of $1.1 million.

After their mother’s death, the children subsequently made an application to the court for a greater share of the estate (which would amount to the entire estate), arguing that they had not been adequately provided for.

The children did not argue that Judith lacked the mental capacity to make a valid Will.  Rather, that they had not been adequately provided for under the family provision legislation.

The Court considered the fundamental question as to whether adequate provision had been made for the children.

The Judge also took into account that if the Court was to make such an order as the children were seeking ie. grant them the whole of the estate, this would in effect “set to nought the Deceased’s desire to benefit [Universal Medicine], a desire she expressed both by the gift she made to him very shortly before she died and the separate and additional provision she obviously intended to make in her Will.”

The Court concluded that the children failed to show that they were inadequately provided for in their mother’s will and their claims were dismissed.

It greatly assisted that the mother had left a video explaining her decision to bequeath a substantial portion of her estate to her healer due to him benefiting her life so greatly and her desire to see him continue in work with others and requested her children to respect her wishes.  “No one watching that video could fail to see the state of peace and serenity with which the Deceased faced her passing. The evidence points strongly to the conclusion that the Deceased attributed that state of being to the teachings of Mr Benhayon.”

The video was an important part of the court’s consideration and anyone considering bequeathing their estate in a way which may seem controversial to family members or dependents should consider the following:-

In Australia, we have the right to leave our hard earned assets to whom-ever we wish.

This testamentary freedom is held in very high regard by the Courts.

However, Australian law counters this freedom with the requirement that Will-makers consider any dependents and ensure that they are adequately provided for under the terms of the Will.  Under state based legislation, an ‘eligible person’ or ‘dependent’ can make a claim to the Court where proper provision has not been adequately made for their maintenance, support, education or advancement in life.  This is called a ‘Family Provision Claim’.

Family provision claims are considered on a case by case basis, and are not always successful.  The following eligible persons are able to bring a family provision claim include de facto partners, marriage partner, children or parents of the deceased.

To read the full Supreme Court transcript of the case discussed above, see here.

Court rules that an electronic Will is valid