Recently, there have been changes proposed to NSW residential tenancy laws that are designed to protect victims of domestic violence. These laws – which will be reviewed for legislation in 2017 – will allow victimised women and children to bypass the regular tenancy obligations and leave their rental property immediately without penalty for lack of notice.

UPDATE: for updated information about the changes proposed in this article go to Domestic Violence and Tenancies. 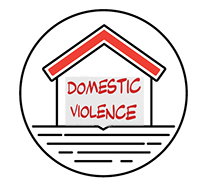 Pru Goward (Minister for the Prevention of Domestic Violence and Sexual Assault) and Victor Dominello (Innovation and Better Regulation Minister) announced the reforms. The proposed gudelines are long overdue and will replace the “unacceptable and burdensome” processes that are currently in place for those living with domestic violence.

Currently, victims of domestic violence have been required to give a full 14 days’ notice – including payment of rent during this notice – to break a fixed lease. They are also required to provide a Final AVO (Apprehended Violence Order) to their landlord to validate their claims of abuse.

On top of that, many victims have been liable for any property damage that occurs as a result of their violent partner’s actions, which has resulted in many victims being unjustly blacklisted on the TICA (Tenancy Information Centre Australasia) national database. Those who have wished to remain in their homes have often been required to foot the bill for safety features, such as lock changes when their violent partner has moved.

The new laws will address all of these issues by:

These measures will ensure women will no longer feel the need to stay in an abusive relationship through fear of creating significant debt or being blacklisted from fleeing their property. The laws will bring NSW in line with current similar laws in the ACT,  South Australia and Western Australia, where an interim court violence order can be used, rather than a final order.

Despite these much-needed and very welcomed provisions for victims of domestic violence, there’s no avoiding the fact that those who need to break a lease under the new laws may affect their Landlord adversely. There’s no indication for how this will affect landlords in regards to compensation for loss of rental income, who pays for damaged property or what implications this will have for insurance claims, but discussions are taking place between stakeholders – such as the Real Estate Institute of New South Wales (REINSW) and the Government so that an equitable solution can be found for all parties.