Welcome to RP Emery's Legal Contract Template Kits › Uniforms – can you require your employees to pay for, and wear uniforms?

Under the Fair Work Act, an employer cannot require an employee to spend their pay in relation to the performance of work, if the requirement is “unreasonable”. 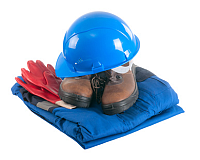 Employers should check with the relevant award or the Fair Work Act to check whether they can ask an employee to bear the cost of uniforms.

What is considered “unreasonable” is ultimately assessed on a case by case basis, if challenged.  The Regulations shed a little light on the matter, stating that a cost is reasonable if it is the same, or no less favourable, than would be offered to members of the general public.

If an employer has a dress code in place, rather than a uniform, it is unlikely that an employer would need to reimburse its employees for the costs of complying with the Code.

In addition to these general Fair Work Act provisions, you should also have regard to the specific Award that applies to your employees, which may extend on uniform rules, such as those covered by the General Retail Industry Award.

If a retail clothing store required its employees to wear a particular set uniform, or clothing that was currently being sold by the store, it would be the employer’s responsibility to pay for the clothing or to reimburse the employee. Alternatively, offering employees staff discounts to purchase the uniform themselves is insufficient and may constitute a breach of the Award. The employer would also be responsible for reimbursing the employee for the cost of laundering the clothing, or may opt to launder the clothing itself.

However, clothing to be supplied by an employee that is reasonable in the circumstances, and is not “special” or “protective” clothing, such as a specified uniform, is not payable by the employer.  For example, the costs of an employee complying with a dress code, are not be payable by an employer.

The Fair Work Ombudsman website contains some helpful guidelines on uniforms specific to each Industry. You can access that information here.

Failing to pay your employees an allowance they are entitled to falls within the definition of wage theft and can attract heavy financial penalties.

In 2020, Adero Law filed a potential $20m class action against supermarket chain ‘Drakes’ for allegedly underpaying between 1000 and 1500 of its salaried staff. Among other things, the claim purported that as much as $30 was deducted from workers’ weekly pay in respect of the cost of their work uniform items – which were supplied by the company but laundered by staff.

While Adero Law has confirmed a provisional settlement is still in the negotiation process, the firm has vowed that it will progress matters to trial in the Federal Court if a fair outcome cannot be reached.

The case demonstrates the significant consequences of not paying allowance and entitlements owed and serves as a warning to businesses with compulsory work uniforms.

Kirra is a lawyer in training, having recently graduated from a Juris Doctor degree at Melbourne Law School. As our resident legal assistant, Kirra uses her specialised knowledge of the law to translate complex concepts into easily digestible information.