Partnership and Company Contracts and Resources In Australia

When you’re starting out in business, you have lots of decisions to make. One of these decisions is choosing the best business structure for your enterprise. The business structure provides the legal framework for how your business will operate and and there are several choices depending on whether you intend to go it alone or operate it with others. 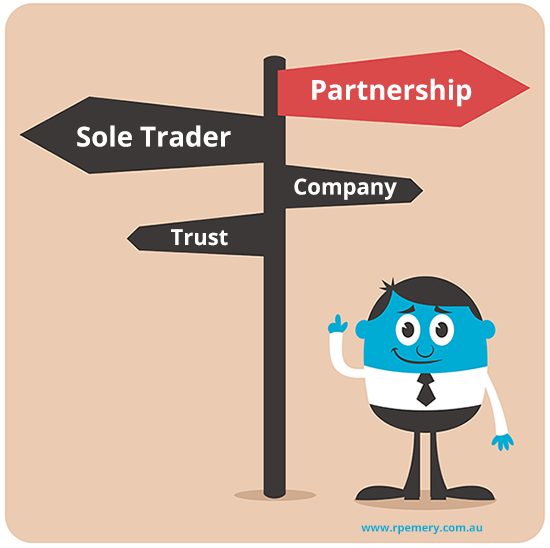 Learn: Starting a Business with multiple owners – issues to consider

What is a Partnership?

Many people find themselves in an actual business partnership without even knowing it. Under Australian tax law you can be deemed to be partners simply by the conduct of the parties towards one another (TR 94/8).

If you have joined forces with another entity (individual or a company) to run a business with the intention of making a profit together, then you are likely in a business partnership.

Business partners are generally liable for the obligations created by each other in the context of doing business. Meaning each partner has the authority to bind the partnership to legal arrangements and incur debts on behalf of the partnership, placing the personal assets of the partners at risk.

Learn: About Business Partnerships in Australia

Whenever you enter business with someone else it is critical to have a set of rule that guide the decision making process in your business relationship. So if you want some control over your rights and how the partnership may impact your personal financial situation, then it’s a wise move to have a partnership agreement in place.

What should a partnership agreement contain?

A Partnership Agreement is a written contract that provides the framework for the relationship. It spells out the obligations and expectations of the relationship, and reduces the potential for confusion and disputes. It should cover:-: 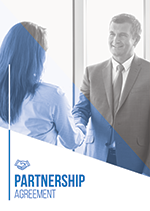 This agreement defines rights, roles and responsibilities of each partner, clearly spelling out specific conditions that apply to the partnership.

The document is provided as an easy to edit Word document.

Does a partnership have shares?

Partners don’t own shares as such, like shareholders in a company. Generally speaking, the partners of a business own a proportion of the business, which should be set out in the partnership agreement.

How do you determine the ownership percentage of the partnership?

If there is no partnership agreement setting out ownership rights, the proportion of ownership may be inferred by the previous actions of the Partners or by reference to the Partnership Act that applies in your state or territory.

Can you be a director of a partnership?

Partnerships don’t have directors. However, your partnership agreement may appoint one or more people to make certain decisions on behalf of the other partners. This is similar to the structure of a company where the directors run the company but the shareholders own the company.

How do you end a partnership?

The partnership agreement provides guidelines to help dissolve a partnership.

For instance, the agreement may have a certain term or run for a specific period. Once the term expires the partnership is over. The partnership may also dissolve upon a trigger event such as a specific project reaching completion or one of the partners becoming bankrupt.

Where an agreement is open-ended or does not exist, one partner can simply give the other written notice of his or her intention to dissolve the partnership.

State legislation will ultimately determine the terms and conditions of how a partnership may be dissolved. 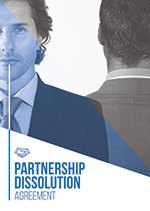 If you have run into trouble with your partner or the business has ceased to trade, then a Partnership Dissolution agreement will set out how the business assets or net liabilities will be divided between the partners.

You use this Agreement when you wish to formalise the ending of a business partnership.

What is a Company?

A company is a separate and independent legal entity from the people who own the company. 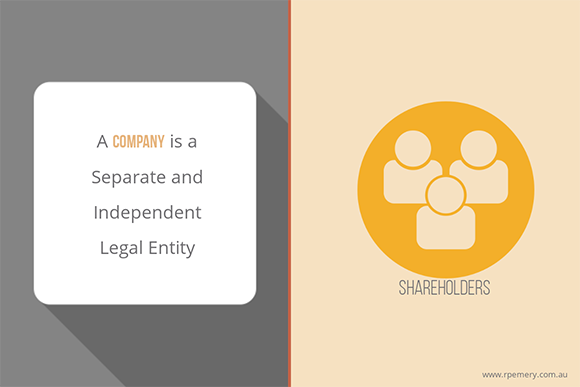 The owners of the company are known as its shareholders and every company must have at least one shareholder. The company officers (known as directors and company secretaries) are the ones who manage the day to day business operations of the company.

A company has the same rights as a natural person whereby it can borrow money, incur debt or even sue or be sued.

Just like an individual, a company must lodge an annual tax return with the ATO and be registered for GST if its annual turn over exceeds $75k.

A popular choice for small business owners is the proprietary limited company, identified by ‘Pty Ltd’ after the name. A Pty Ltd Company does not trade or sell its shares on the Australian Stock Exchange and has limited liability.

Unlike partnerships, there are a standard set of rules for running a company called a Company Constitution which is regulated by the Corporations Act 2001. You can choose to abide by the standard Company Constitution or you can develop your own set of fuels (which still must comply with the law).

What is meant by a company constitution?

The Company Constitution is a document that governs the internal management of the company and the company’s relationship with its officers and shareholders.

When registering an Australian company the Australian Securities and Investment Commission (ASIC) will ask you to choose between a custom set of rules (your own company constitution) or the replaceable rules which are set out in the Corporations Act 2001.

If you wish to change the rules, adopt your own constitution or a combination of the two after registration, the company must pass a special resolution.

If your company has a single shareholder who is also the director, then there is no need to adopt either a constitution or the replaceable rules.

Do you need a Shareholder Agreement if you already have a Company Constitution?

Typically the company constitution or the replaceable rules will deal with issues such as: 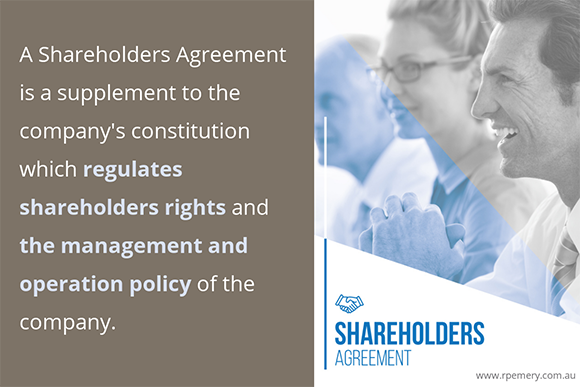 What should a shareholders agreement include?

It up to you and your fellow shareholders. You determine the issues that need to be addressed in the shareholder’s agreement and these depend on the nature of the business you are running, the objective you set for the company and the number of shareholders involved.
Below are some of the issues to be considered: 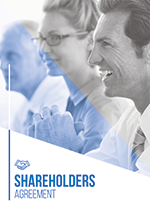 Learn: When does a Company need a Shareholders Agreement?

Learn: Why Every Business Big or Small Should Take Advantage of a Shareholder Agreement

What is a Shareholder Buy sell agreement?

Used in conjunction with an insurance policy, the Shareholders Buy/Sell Agreement is like an estate plan for a company.
If a shareholder or other key person dies, the insurance policy kicks in to provide money to enable the other shareholders to buy out the deceased’s owners’ share in the business.

Likewise, provision is made in the event that an integral person is totally or permanently disabled.

Learn: What would you do if your business partner died? 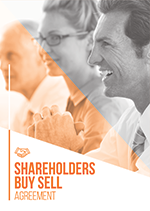 Buy-sell Agreements provide private companies and partnerships with the mechanisms to allow a nominated purchaser to buyout the interests of a partner or shareholder, on the occurrence of a ‘trigger event’ such death or disablement.

These agreements are often looked on as a type of “Will” for a company or partnership. They allow interested persons to set out how the interests of partners or shareholders will be dealt in the event of their death or disablement. 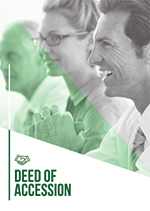 Deed of Appointment and Removal of Trustee Template 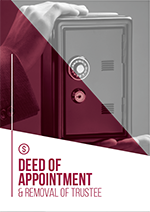 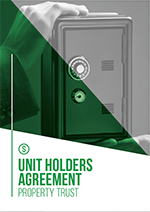 A Property Trust Unit Holders Agreement is a contract between the unit holders of a Unit trust in which they agree to regulate unit holders’ rights and the management and operation of the trust.

The unit holders’ agreement details a unit holder’s responsibilities and liabilities to other unit holders as well as the process to be followed should there be a dispute or if a unit holder wants to sell their holding.

What is a Joint Venture or JV?

A Joint Venture is a strategic alliance between two or more individuals or entities to engage in a specific project or undertaking. It is different to a partnership because partnerships generally entail a continuing, long-term business relationship.

The joint venture structure is not a legal entity. Revenues, expenses and asset ownership usually flow through the joint venture to the participants and when the JV goals are complete the JV ceases to exist.

Learn: What are the advantages and disadvantages of a Joint Venture?

What should a Joint Venture agreement include?

Consider using confidentiality or non-disclosure agreements between the parties when starting discussion about the JV, this helps to protect sensitive commercial secrets or confidential information. 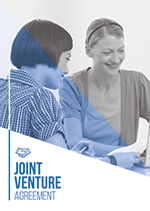 This agreement provides the framework for two individuals or organisations to record in writing the details of an arrangement to work together on a specific project, normally for a short term, while remaining separate entities.