Welcome to RP Emery's Legal Contract Template Kits › A Snapshot on Privacy and Photography – when is Photography illegal?

Have you ever been out and about minding your own business when you’ve realised somebody’s taking your photo? 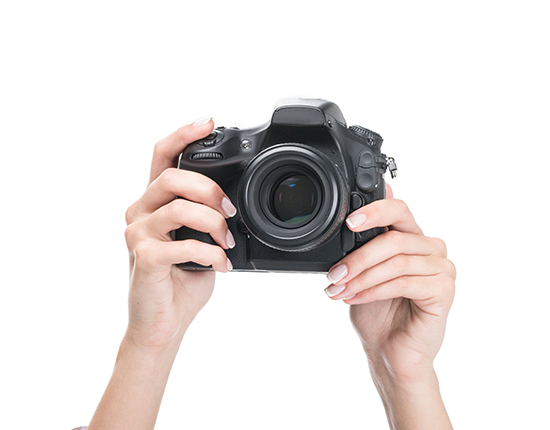 Likewise, have you ever been brave enough to venture into street photography to pursue a Steve McCurry-esque career, but not really understood what you are or are not allowed to photograph with permission?

What if you’re just taking a selfie or video for TikTok or Instagram but other people inadvertently appear in the background?

Almost everybody these days owns a smartphone with a camera and this has greatly increased the number of photos and videos captured in public.

Very few people understand what the law is in regards to using them though. You may have believed it was illegal for someone to photograph or film you without permission, but it’s not that simple. That’s because, in Australia, we don’t have laws that give you a right to privacy in general, which means there’s no law stating that an image of you can’t be used without your permission.

The Privacy Act 1988 (Cth) is a little outdated when it comes to photography and film use, as its regulations only cover ‘personal information’ and this doesn’t usually include standard images of you. There is other legislation that can protect your interests under certain circumstances though, so let’s explore these rules and what they mean.

When can a person take your photo without permission?

As mentioned, someone takes a photo or video of you without your permission and shares it, this does not mean you have any right to privacy except under these conditions:

If any of the above circumstances apply to you, we suggest seeking legal counsel.

We’ve broken down what you can and can’t do according to the law for each state – click to view table / article on photography, privacy and criminal laws in each Australian state.

What to do if your image is used without permission

If you discover that somebody is using your image without your permission and the circumstances do not meet the above conditions, there are still a number of things you can do to try and stop your image being used. These include:

What to do if your image is used commercially

If you find a picture of yourself that’s being used for advertising purposes, you can contact the company or advertising agency and ask them to remove it.

Under Australian Consumer Law, companies are not allowed to use an image of you promoting something without your permission because this would be considered misleading and deceiving consumers. If the company or advertising agency refuses to remove your image, you can lodge a complaint with the Advertising Standards Board, the Australian Competition and Consumer Commission (ACCC) or/and your state’s Consumer Protection Agency.

What can I photograph without permission?

If you’re photographing or filming people in public places, there are no laws preventing you from doing this and using the images online for non-commercial purposes (assuming that you’re not breaching the privacy conditions mentioned above, of course). So that means if you’re a photographer who wants to take photos or film people doing everyday things in public places, you have free reign as long as you’re not breaking any other laws.

Likewise, while you can ask a photographer not to film you and hope they stop, you actually have no legal rights when it comes to being filmed in a public place and those images or videos being used in a non-commercial manner. It seems a bit scary, but that’s just how it is. Having said that, things change when you’re dealing with private property or using images for commercial purposes…

Can I take photographs on private property?

When you’re on private property (residential property, shopping centres, inside stores etc) you may be seen as trespassing and this can be legally used against you. This has tripped a few photographers up in the past, as they wrongly assumed the mall/restaurant/store they were in was public space! It’s important to note that some event locations can be considered private property during the duration of the event, so it’s always wise to seek permission from organisers during sporting, music or other events. Some images of works of art are also copyrighted, even though they may be on public land. So be cautious when using your camera in ‘public’ to make sure it really isn’t an area that’s privately owned or occupied.

You might be thinking “hang on, if that’s true, then how do the paparazzi get all their sneaky shots of stars through windows, on balconies or in yards?”.

Well surprisingly, you can photograph people that are in viewable areas on private property, as long as you’re on public land! That means you can film or photograph people in their yard, on their balcony, through a glass door or similar, as long as the person you’re photographing is clearly visible from the surrounding public land and you do it from the road, footpath – or at the very least – from a nearby private property that you have sought permission to be on for the purpose of taking photos.

Having said that, you shouldn’t forget that you cannot film them doing acts that a reasonable adult would defined as a private act, such as undressing, using the toilet, picking their nose or anything else they should be able to freely do without an onlooker.

Can I photograph people for commercial reasons?

When people model for things like advertising campaigns, you’ll always need to seek the model’s written permission via a release form.

How to seek or give permission

When you’re shooting street photography, it is polite to ask the people you want to photograph whether it’s ok with them, or if you want candid shots, ask them after whether it’s ok for you to use their picture. Most people are happy to have their photo taken and used for private purposes, such as posting on social media. If you’re photographing people for commercial use, you’ll require written permission from each person for each photo shoot. A Model Release Form signed by each model will give you authorisation to take photos and use the images for selling products or similar.

It’s easy to see why there are many misconceptions about what can and can’t be photographed, but when you think about it, it all boils down to some good old fashioned common sense and respect for others. If a person appearing in your images is doing something they probably wouldn’t want the world to see, then it makes sense not to include it in your pics.

If you want to take a photo that includes a stranger’s children, sure, you can technically do this without seeking permission, but you might be seen as intrusive at best, creepy at worst. Do you really want to cause that type of distress to a parent (or to yourself if said parent decides to clobber you) when it’s so much easier to ask for permission?

Finally, if you’re taking photos for any commercial purpose, seek written permission from everyone, even if you think you don’t need it. This will ensure you won’t run into any issues in the future.

Public Wi-Fi is an extremely risky way to access the internet – you know it’s true but the lure of free internet is tempting. The wi-fi provided by your local café owner might be just fine but do you know what or who is lurking nearby ready to hijack your data?

Is your business an easy target for identity theft?

Following changes to the Privacy Act, businesses are now under greater pressure to deal with, and dispose of, confidential information safely, both for their own protection and privacy, and that of their customers and staff members. Do you know how to keep sensitive data private and out of the hands of identity thieves?

How to make money with your Intellectual Property

So, you have an idea, invention, design or concept that you’ve registered under Intellectual Property Rights, but now you’re not sure how to cash in on that idea?