A custody battle between a same sex couple over custody rights to their two children conceived by IVF, was decided just like any other custody dispute – in the best interests of the children. 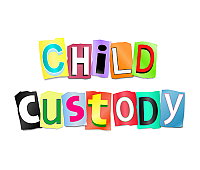 Ms. Packer raised the issue of whether different regard may have been given to the matter, if the issues were between a traditional heterosexual couple as opposed to a same sex couple.  However, the Court dismissed that suggestion as being “ludicrous”.  It stated that the matter had been considered on its own merits in the best interests of the child.

The court took into account the views of the children, the lack of child-parent bond to Ms. Packer, and the deteriorated relationship between the children and Ms. Packer.  It found that it was in the child’s best interests for the biological mother, Ms. Irwin, to have sole parental responsibility.  It ordered that the children spend time with Ms. Packer as agreed between the both parents in accordance with the children’s requests.

The biological mother, Ms. Irwin, 47, a social worker, had remained the carer of the children after the parties had separated.

This case confirms yet again the hefty weight given by the Courts to the best interests of the children.

You can read the whole case here.

What to consider when making a Shared Parenting Plan