Ever considered keeping a pet, but live in a strata scheme?

A strata scheme is a building or collection of buildings divided into various ‘lots’. Living in a strata scheme means that you own your unit or apartment but share responsibility for common property – such as gardens or stairwells. 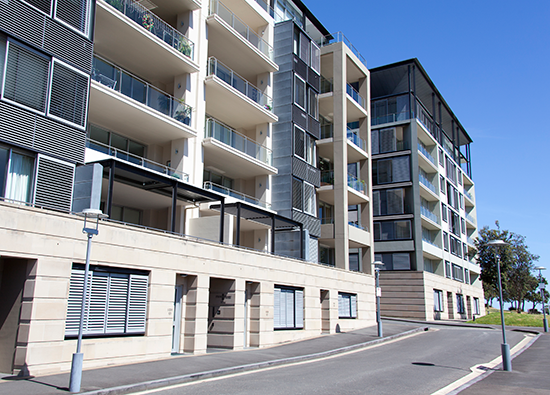 Given the nature of strata property, each scheme is managed by an owners corporation and set of by-laws. By-laws are a series of rules that cover numerous matters, including garbage disposal, parking, noise restrictions and the operation of short-term rental accommodation. As a lot owner or tenant, you must adhere to the rules within your specific strata complex.

Pet ownership is a particularly controversial topic within strata schemes. Until recently, some NSW strata corporations have even introduced by-laws that impose a “blanket ban” on residents keeping pets in their apartments or units.

Banning pets from strata buildings has proven to have a damaging impact on the quality of people’s lives. For many Australians, pets are beloved members of the family. Research suggests that companion animals can improve our overall wellbeing and bring a sense of happiness into our lives.

Thankfully, the recent judgement handed down in Cooper v The Owners: Strata Plan No 58068 [2020] (“the Cooper case”) now makes it easier for residents to keep a four-legged family member in their apartment building.

In this article, we’ll walk you through the recent changes to the law and provide you with all you need to know about keeping pets in strata schemes.

In the wake of the evolving COVID-19 crisis in Australia, the New South Wales Court of Appeal handed down its landmark decision in the Cooper case.

The applicants, Johanna Cooper and Leo Cooper, owned a lot in a 43 storey strata scheme in Darlinghurst, Sydney, known as ‘The Horizon’. The by-laws of the strata scheme provided an outright ban on pet ownership in the building.

Despite the strict by-law, a number of the Horizon’s residents kept animals in their respective lots. This included Mr and Mrs Cooper, who lived with their dog Angus – a 14-year old, well-trained, miniature schnauzer.

The Horizon’s strata committee issued Mrs Cooper several notices to remove Angus from the building. In response, Mrs Cooper asked to have the by-law removed. Regrettably, the committee met the request with heavy resistance and maintained its position on keeping pets out of the high-rise building.

Mr and Mrs Cooper commenced proceedings in the NSW Civil and Administrative Tribunal (NCAT), seeking a declaration that the by-law was invalid. They argued that the blanket ban on animals in a lot or common property contravened s 139(1) of the Strata Schemes Management Act 2015 (NSW). Section s 139(1) provides that “a by-law must not be harsh, unconscionable or oppressive”.

On appeal, Justices John Basten, Robert Macfarlan and Des Fagan agreed that a “by-law which limits the property rights of lot owners is only valid if it protects from adverse affection the use and enjoyment by other occupants of their own lots or the common property”. With this in mind, all three justices concluded that the Horizon’s blanket pet ban restricted “the lawful use of each lot” and lacked a “rational connection with the enjoyment of other lots and common property”.

After a five-year-long legal battle, the appeal decision came as a massive relief to the Coopers. In an interview with the Guardian Australia, Mrs Cooper expressed her concerns with the logistics of strata living. “You shouldn’t be able to dictate what people do in their own homes. I think that’s something that’s been wrong with strata for a very long time”. 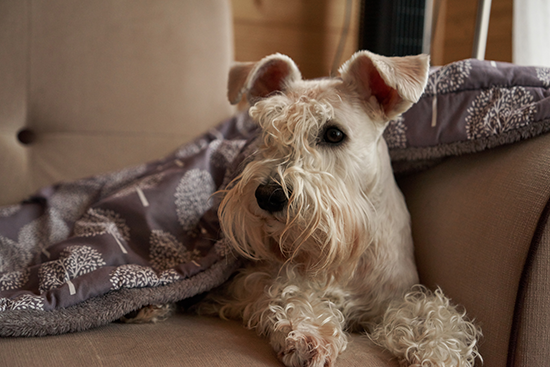 That being the case, she believed the ruling would ensure fairer outcomes for pet-lovers living in strata schemes.

The NSW Parliament designed the amendment to reflect some of the principal findings from the Cooper case. Accordingly, if an animal does not interfere with another occupant’s use and enjoyment of the strata building, the law will deem any prohibitions on pet ownership invalid.

Ultimately, any given decision will come down to what a judge considers to be ‘unreasonable’. However, because the term is so open to interpretation, it remains a possibility that an owners corporation could still restrict residents from keeping pets in certain circumstances.

To further support the application of these reforms, the NSW government will also broadly review the rules around the keeping of pets under the Strata Schemes Management Act 2015 [1]. The review will address matters such as the welfare of kept animals and how to limit the impacts of animals on common property [2]. A report on the review is due to be tabled in both houses of Parliament by August 2021.

Pet Strata Laws in Other States Across Australia

In addition to the by-laws of a strata scheme, strata residents are also subject to their respective state or territory government laws.

In Queensland, South Australia, Tasmania, the Australian Capital Territory and the Northern Territory, written permission is required from an owners corporation before a resident can bring an animal onto the property.

In Victoria, strata residents have the right to keep a pet unless the animal is a nuisance or poses a particular danger to others. Owners corporations can also make their own pet-related by-laws by special resolution, which Land Victoria must then approve.

Similarly, in Western Australia, pets are allowed in strata schemes unless an owners corporation states otherwise.

The vast majority of states and territories exclude assistance animals from the operation of strata laws. This means that even if a strata scheme has decided to place restrictions on pet ownership, a trained and certified assistance animal is always allowed on strata property.

Your Responsibilities as a Strata Resident and Pet Owner

Whether you intend to rent or purchase in a strata scheme, it is essential to first approach your strata committee or owners corporation before bringing your pet onto the property. This will ensure you are fully aware of any potential restrictions on keeping a pet in your strata scheme.

If your state or territory requires prior consent from the owners corporation in order to keep your pet on the property, the following information can be helpful to include when preparing a written application: [3]

• A description of your pet, including their size, age and appearance;

• Details of your pet’s temperament – for example, whether they are friendly or docile

• Details of any obedience or behavioural training undertaken by your pet;

• Proof of registration, microchipping, desexing and all necessary vaccinations;

It may also be worthwhile to provide a persuasive precedent for your request to keep your pet in the scheme. You can obtain a precedent by searching the strata records for the property to see if other owners or tenants have owned pets in the building [4].

If there is no possible objection to keeping your pet on strata property, the owners corporation must generally not unreasonably withhold its consent.

Once you have obtained written permission, you must continue to treat common property and other residents with respect. This means picking up after your furry friends, supervising them on common property and ensuring they don’t make excessive noise.

For further information on pet ownership in strata schemes, please see any of the following links –

Fur-ever friends: Who gets custody of the family pet in a divorce or separation?

Going through a separation or divorce and navigating change is a stressful and often overwhelming process. Common matters that arise during the settlement process include working out how to divide property or deciding who gets custody of the kids. But one of the lesser-known challenges is determining which party will get to keep the family pet.

The announcement by the NSW government, made earlier this month, announced a raft of reforms designed to prevent investor owners from using their apartments for short term, Airbnb-style lets. But the lack of detail in the proposed reforms has left people perplexed.