It might surprise you to know that a contract does not have to be in written form to be legally binding – although, it may be harder to prove what has been agreed to in verbal agreements. 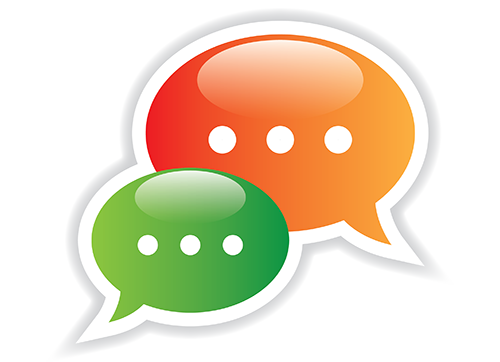 Verbal agreements can be legally binding and in fact many business and personal transactions are conducted purely on a handshake. But if things go wrong, it can be very difficult to sort out or to even prove the agreement existed.

Ordinary day-to-day or business discussions or transactions may, in fact, constitute a legally binding agreement.  Examples of these are verbal conversations, email exchanges, orders to purchase goods or services or written correspondence.

To confuse matters even more, a contract may be partly written and partly verbal, or it can be entirely verbal.

However, not all verbal agreements will constitute a contract and be binding.  Only those with the following characteristics will be legally binding.

Acceptance of an offer

Accepting an offer is the first step to creating a legally binding agreement, whether verbal or written.

All of the terms of the agreement must be decided upon, to ensure completeness of the Contract.

It makes sense, that if the parties have not yet decided on all of the terms regarding the agreed subject matter, the court will consider the agreement incomplete and not therefore binding.

Intention to be legally bound

Both parties need to intend to become legally bound.

It is difficult to assess a person’s intention.  However, intention can generally be inferred by looking at the circumstances surrounding the transaction as a whole.  If the parties had started performing their obligations under the agreement, or something of value (consideration) had already been exchanged, then the courts will likely interpret this as confirming the party’s intention to be legally bound by the agreement.

Something of value needs to be exchanged (in legal terms, “consideration” needs to be given)

Once an offer has been put forward, and acceptance has been communicated, the parties need to exchange something of value, in legal speak, this is termed “consideration”.  That is, the price paid, in exchange for the promise of the other party.

The exchange does not need to be monetary – it could be an item or a service, and because it is a symbol of commitment it points to the intention of the parties to create a binding agreement.

Consideration is important to lock in the deal otherwise, it can be argued, we would be held accountable for every promise or verbal agreement we make.

It goes without saying that a person needs to have the requisite legal capacity to be able to make a legally binding agreement.  This means, a person should be over 18, have no invalidating mental impairment, nor be under the influence of drugs or alcohol.

Proof of the agreement

Making a verbal agreement in circumstances where you intend to be legally bound is a perfectly acceptable way to create a legally binding contract.  It is convenient way of making a contract, and will have the same force and effect as a written contract.

However, problems can arise if a party defaults on the agreement, stops performing their agreed obligations, or if there is a dispute as to what was actually agreed to in the first place (what the terms of the contract are).

The downfall of the verbal agreement, is that they are extremely difficult to prove.

The courts are faced with a high number of contractual disputes concerning just this – whether a verbal agreement actually existed and if so, what were the actual terms of the agreement?

If a dispute does arise concerning the terms of an agreement, it is often one person’s word against the other, and it is not uncommon for both sides to remember a different version of events.

Put it in writing

For this reason, it is recommended that you put any agreements in writing and provide as much detail as possible relating to the terms and conditions of the contract to avoid misunderstandings as to the nature of the agreement and the obligations of each party under the agreement.

If it is not possible to reduce your Agreement to writing, then you should implement the following steps:

By taking these steps you will at least have a written record of the transaction which will make it much easier to prove your version of events in the future.